How Hiring has Changed with the Great Recession

How Hiring has Changed with the Great Recession

When the economy of the world on the mend for the most part following the Great Recession, the time has come to take stock of the way the hiring landscape has been impacted. Many are wondering about the lasting changes for job seekers, employers and recruiters.

More and more resumes are being submitted to employers that feature more gaps in employment than those prior to the recession. The reason for this is the increased level of unemployment during that time.

In addition, it is bothersome to the job applicants that must had over their resumes filled with battle scars in the form of several employment gaps. The fact of the matter is that resumes with more gaps in employment are just a reality that both candidates and employers are going to have to accept.

A recent study found that almost all employers have become less harsh on resumes with employment gaps. On the other hand, job candidates may not be out of the wood just yet. The catch seems to be that in order for gaps in employment to be accepted by employers, the time has to have been spent wisely. This means that candidates who spent their unemployed days volunteering, seeking more education or doing temporary and contract labour are much more desirable to employers. 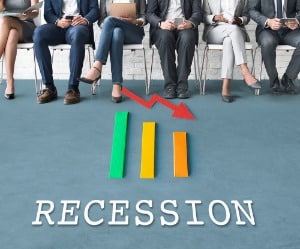 A Decrease in Pay

New jobs following the Great Recession pay only about three-quarters of what they did previously. This means that many workers have pockets that feel a lot lighter than they did.

However, this is not a good thing for employers. The amount that is gained due to a reduction in costs is lost in productivity. In order to make up for smaller wages, employees are working more hours or taking additional jobs. This means that employees after the recession have become much more burnt out and less productive.

It seems as though employers are using these difficult economic times to streamline their organizations by lowering the overhead of middle management and replacing it with entry-level staff that accepts lower wages.

A Lack of Education for Women Looking to Reboot Their Careers

Before the recession hit, there was a considerable number of educational programs available for highly skilled women who were looking to re-enter the workforce. However, following the recession, only a few of these programs remain.

It seems that the recession led organizations to cut the corporate funding that was used for such programs. Women who have chosen to take a break from employment during the recession are ready to start their careers again. Some having difficulty because these training programs are now practically non-existent.

In conclusion, there have been quite a few substantial changes to the workforce and the hiring climate since the recession. These changes definitely need to be considered when planning a recruiting strategy.