Toshiba’s accounting scandal has reportedly been occurring between 2008 to 2015 has done great damage to the company. Toshiba was one of the major Japanese companies.  Its CEO and president resigned after it was learned that Toshiba’s profits had been overstated by $1.2 billion.  Eight other senior officials also left, including the prior two CEOs.  In the last few years, Toshiba has largely withdrawn its presence from the US consumer laptop market. And eliminated several of its most popular laptop models, including the mainstream Satellite line and the gaming-specific Qosmio line.  Additionally, Toshiba liquidated several of its assets, including its memory chip and Visual Solutions business, as a result of the scandal. 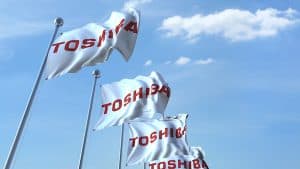 There are many lessons that can be learned from this scandal.  One of the reasons why the Toshiba accounting scandal occurred was too many of the employees were worried about Toshiba’s bottom line. Making it look better at virtually any cost, partly because the CEO’s decisions couldn’t be challenged. The CEO encouraged employees to alter the numbers so that Toshiba’s financial position was better than it actually was.  Employees who were more concerned about accountability and honestly probably would have prevented this scandal from occurring.

Another lesson to learn is to encourage good character in employees.  When an employee goes out of his/her way to do good for the company’s customers should be recognized and awarded.  If a customer loses something of value or confused by the legal terms of a contract, an employee who makes things right or clearer should be promoted. This is what can make companies stronger, both in terms of financial stability and in terms of reputational status.

A company’s reputation and trust is critical to success, especially in a world where competition is fierce and information can be spread rapidly through social media.  Investor and Berkshire Hathaway CEO Warren Buffett has said, “It takes twenty years to build a reputation and five minutes to ruin it.”