How Resume Lies can Hurt Your Business

How Resume Lies can Hurt Your Business

Studies have shown that more than seventy per cent of hiring managers have found at least one lie on a resume. An even greater concern is that the number of resume lies has been steadily on the increase since the recent recession. 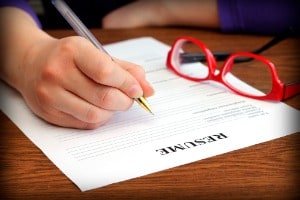 After so much time of uncertainty, many feel that it is understandable that candidates will go to such lengths in order to get their foot in the door. Some find it forgivable to bump up a qualification here or tweak a work history there.

However, as the recent research has indicated, a lie on a resume does not always mean an applicant’s elimination from the hiring process. It really depends on the lie that they tell for some organisations. If the candidate seems to be otherwise strong, many companies will continue to consider their application even though their resume contains certain embellishments.

A large number of candidates have admitted to boosting their skill sets or claiming to have had more responsibilities at previous jobs than were actually true. When you take the time to consider the big picture, lies such as this may in some cases prove to be harmless as long as the candidate soon lives up to the expectations that they have presented in line with their newly appointed role.

The Downside of Slack Attention

On the other hand, as the market continues to evolve following the recession, it is becoming more driven by candidates. Therefore, the practice of telling lies on a resume may not continue to reap the same rewards.

These days, hiring managers are looking for skills that are in high demand and want proof of the candidate’s relevant and authentic experience. Especially in the financial industry, an employer who knowingly hires someone who has lied on their resume could face stiff fines and penalties.

As a hiring manager, it is important to spend a proper amount of time reviewing a resume. By spending more time on this task, falsified qualifications and skills are less likely to slip though without notice. This will greatly reduce the chance of massive damage to your company’s reputation.

By practicing a more particular review of applicants, you will effectively persuade potential candidate to be more honest about their abilities. Giving each resume the attention that is deserves will ensure that your positions are filled by the most qualified candidates that will help to improve your organisation’s bottom line.