As the working population continues to decrease, Japan plans to open the door to more talented foreigners. The country, which has the most rapidly ageing population in the world, is getting ready for the 2020 Tokyo Olympics. Therefore, the need for labour is quite strong, especially in the construction industry.

Measures are being taken by the Japanese government to make it possible for more foreign candidates to come to the country in a quest for economic revival. One method under consideration is to extend the amount of time allowed for foreigners to participate in on-the-job training programmes.

Another option makes it possible for talented ex-pats to receive a status of permanent residency in the country quicker. This means a permanent resident visa could be made available in as little as three years as opposed to five. Expats between eighteen and thirty will be able to work in Japan on a year working holiday visa. 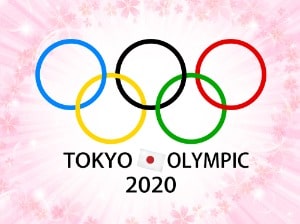 Non-Japanese in the Workforce

Currently, only one per cent of the workforce in Japan is made up of foreigners. In comparison to other developed economies, that is a very small figure. While most of the English-speaking foreigners in the country are employed as language instructors, there are a number of additional popular professions as well, such as gastronomy, translation, modelling, entertainment and IT.

Facing the greatest shortage of labour in nearly two decades, there is currently a major skills gap in the construction sector. This is primarily due to the tsunami and earthquake a few years ago.

With the growing elderly population and shrinking birth rate in the country, the government ministers recognize that these issues must be addressed. However, local residents are worried about the loss of their jobs. In addition, ex-pats must be convinced that Japan is friendly to foreigners, in spite of their limited use of the English language.

To combat the issues many signs where tourist visits are being changed to make them easier to read. Within the next fifty years, Japan estimates a need for about ten million immigrants to offset the decline in population.