Self Driving Car in Japan

A self-driving car (Autonomous cars) and artificial intelligence (AI) are constant topics in our world today.  Companies such as Uber and Lyft are hoping to offer self-driving automobiles for passengers on-the-go in the near future.  Traditional manufacturers such as Ford, GM as well as Tesla are also experimenting to boost their future automobile models.

One concern who is responsible when that autonomous automobile hits something, whether it would be a person and/or an object?  This is a question many are wondering about, including automobile manufacturers, tech companies, politicians, and consumers.

Japan has taken a stance on this question already. They have announced that owners of these cars will be responsible for any accidents that occur involving their vehicles.  Their plan to introduce legislation as early as 2019 to put this into law.  Their government wants to have this legal framework established before self-driving automobiles become widespread. Some analysts and experts believe could happen by the first half of the 2020s. 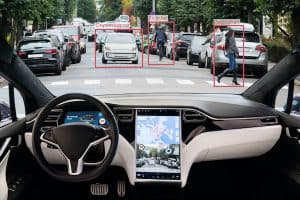 The proposed legal framework would cover accidents up to the “third level of automation,” which is defined as when a self-driving car has a human presence within the vehicle.  This proposed regulation does not cover level four or five automation, which involves a self-driving vehicle with no human present within the vehicle.  Regulation covering those levels are expected later.

All self-driving vehicles will need to record their location, speed, operational status, and steering in order to be allowed on Japanese roadways.  When it comes to a self-driving vehicle’s system is hacked, the incident would be treated similarly as someone stealing a non-autonomous vehicle.

There are still some issues Japan must work out in regards to autonomous vehicles.  Criminal liability has not been determined yet.  Automobile manufacturers and tech companies developing the AI for these vehicles will want to know the criminal liability framework before these vehicles start. Other issues to address such as cybersecurity, speed limits, driving hours, and weather conditions will also have to be determined.

See one of our previous articles on Automated Technology Growth