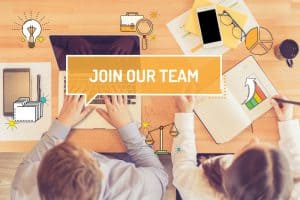 Graduates in Japan are dueling it out for top positions, which seems to be leaving the smaller companies with more jobs than applicants.

An article from Bloomberg found its the lowest in almost 3 decades with about 2 openings for every job seeker.

The slowly recovering economy and low birth rate in Japan has been made widely known in the headlines as of late. These facts have resulted in jobs in Japan applicant ratio that is higher than it has been in decades. As a matter of fact, in Tokyo there are more than two jobs for every candidate.

This shortage of workers have had the hardest impact on small companies in this country. However, even some well-known corporations are starting to notice the need for change in their hiring process. Some companies are starting to look toward foreign talent pools to fill the abundance of open positions.

Japan has one of the lowest rates of unemployment. Only a small percentage of the population is without employment. Politicians in other countries are cracking down on immigration and free trade in an effort to lower unemployment rates.

Leading firms and elite graduates have only a few months to connect with each other. The third-year university student hiring season began on March 1 and most major firms will have made their formal recruiting decisions by October. There are few second chances and not any gap years following college. And major corporations will only be taking applicants immediately after graduation in April.

Research indicates that the most sought after positions by students and graduates include insurance and trading companies, major banks, airlines and travel agencies. Although the beginning pay for the larger companies varies only slightly from the smaller companies. But the pay trajectory is much steeper at the larger companies. This means that an introductory position in these companies will open the door for a more financially secure future. These companies also offer a number of appealing employment incentives, such as resort vacations and company-subsidized accommodation. Candidates are researching and trying to avoid bad company (black company in Japan). Japan Times has a section about Black Companies in Japan

Many students that visit the recruitment fairs in Japan do not have any interest in the smaller companies. The reason for this is that in spite of the competition for the big companies. There are greater opportunities for a brighter future and higher paying jobs.