Japanese Car Brands and the automotive industry in Japan is one of the biggest and most protuberant industries in the entire world. Since the sixties, this country has been among the top three countries where most automobiles are manufactured. Between the seventies and the nineties, the automotive industry in Japan saw a rapid increase. At the time, this country was focused on both world export as well as domestic use. Today, Japan is the third biggest producer of automobiles in the world. 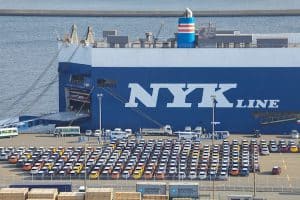 A larger number of manufacturers call Japan home. In addition to the production of cars, these companies also produce a wide range of all-terrain vehicles, motorcycles, engines and construction vehicles. Some of the popular automotive manufactures include Isuzu, Mitsubishi, Suzuki, Daihatsu, Toyota, Nissan, Honda, Mazda, Subaru, Kawasaki and Yamaha just to name a few.

Automotive manufacturers here in Japan produce vehicles that are not only popular, but also reliable as well as affordable. Even with competition on the rise in other countries, such as India, China, and South Korea. But the automotive industry in Japan continues to thrive.

More than five and a half million people here in Japan have jobs in the automotive and related industry. That is more than eight percent of the entire workforce in this country. Currently, there are close to eighty factories in Japan with more than twenty prefectures that manufacture automobiles.

The market is becoming more and more integrated around the world. Thus, parts manufactures in Japan are gaining investment in human capital for the production and development of automotive merchandise.

In spite of a strong global and domestic market for automobiles which has been on the rise for the past five years. Therefore, major automotive manufacturers in Japan seek expansion and less of a focus on sales to the home market.

An extensive web of automotive parts merchants has become significant to the economy here in Japan. Such growth spans across a number of different industries, including rubber and chemicals. The reason for this growth is the growing complexity of the vehicles being manufactured in Japan today.